Shea Hembrey: How I became 100 artists

part of ‘How to tell a story’ TED Playlists 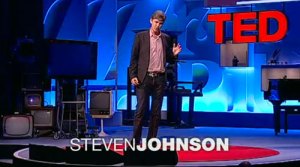 Brian Greene: Why is our universe fine-tuned for life?

Brian Greene is probably the most famous advocate of superstring theory. Interesting as always.

Andrew Stanton- The clues to a great story

Filmmaker Andrew Stanton (“Toy Story,” “WALL-E”) shares what he knows about storytelling — starting at the end and working back to the beginning.

Kelli Anderson is an artist, designer, and tinkerer who enjoys the challenge of seeking out hidden possibility in the physical and digital world. From interactive paper to layered, experimental websites, everything begins and ends in Kelli’s Brooklyn studio which houses a 1919 letterpress and an assortment of other benevolent contraptions.